"I need more boobies in my life!", he exclaimed.
So I hooked him some...

The soft supple curves
rise and fall over my heart.
Comfort resides here.

I'm quite happy with the result, but the best boobie project so far is still the ball I made for another friend: 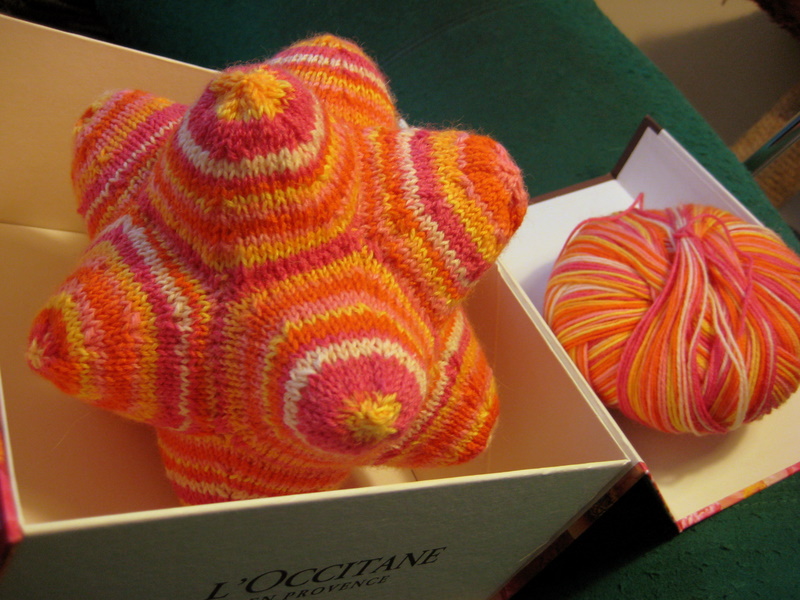 Posted by RedSamur at 3:23 pm No comments:


Two and a half years ago, when I sat down to answer the survey in this meme, I tried to list all the crafts I ever dabbled with. I'm sure I did much more than that together with my mum or at school.
Earlier this month, when chatting with a knitting club member whose mother is Swiss, it turned out that she too felt like there was much more crafting going on in Alpine homes than in these flatlands of Flanders.

One craft I don't remember learning however (though there were definitely hand-woven mini-rugs around the house), is weaving. But did I catch up fast this month! A little bit of research on Pinterest led to an overall idea and a first project.

Out of curiousity, rebellion, limited income and the desire to maximise my creativity, I decided that
I would either upcycle materials I already had at home or, should I really need something I didn't have at hand, I would repurpose suitable items from the thrift store (Kringloopwinkel).

And so it came to pass that I wove 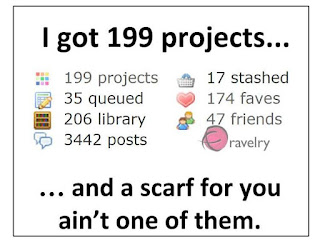 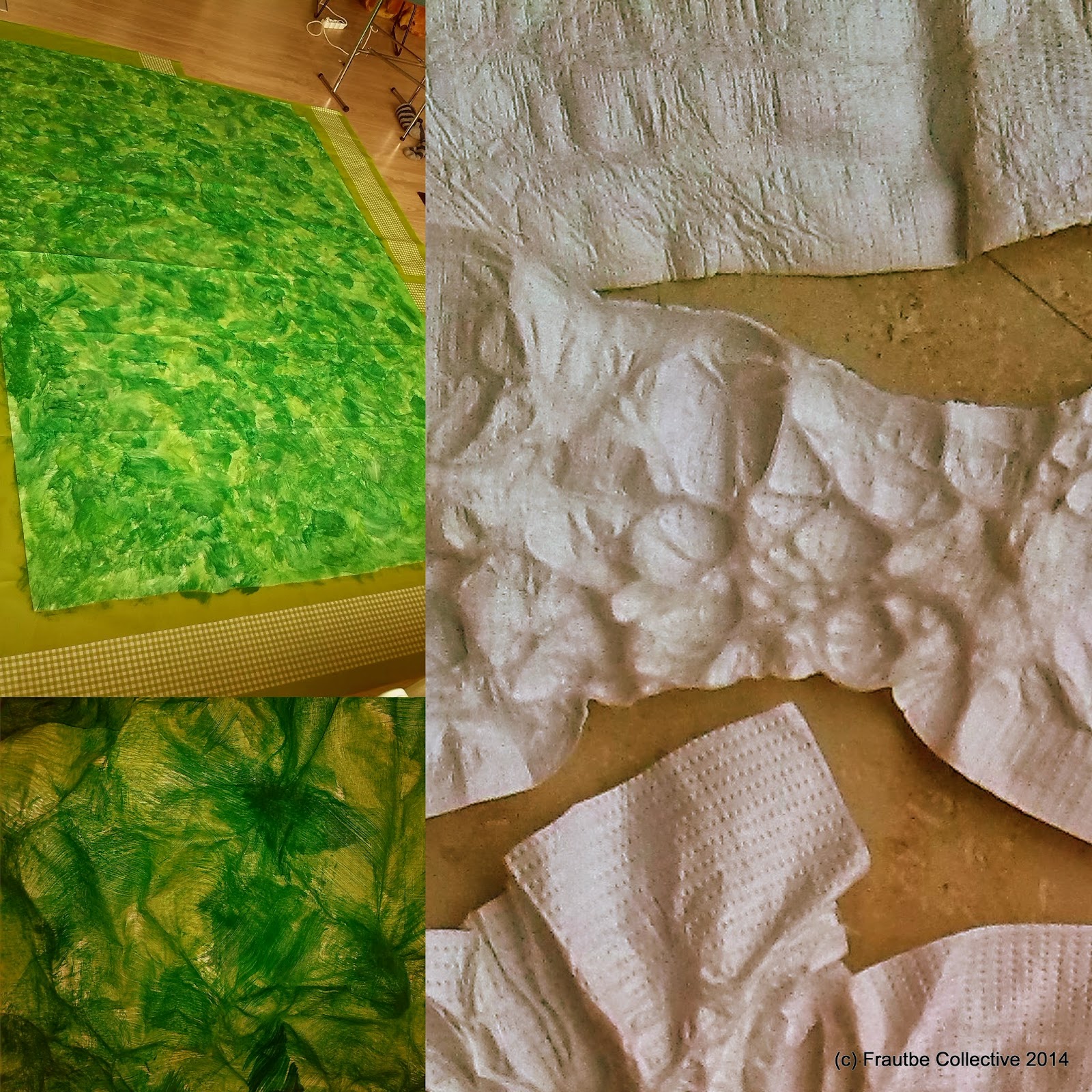 Posted by RedSamur at 8:33 pm No comments: 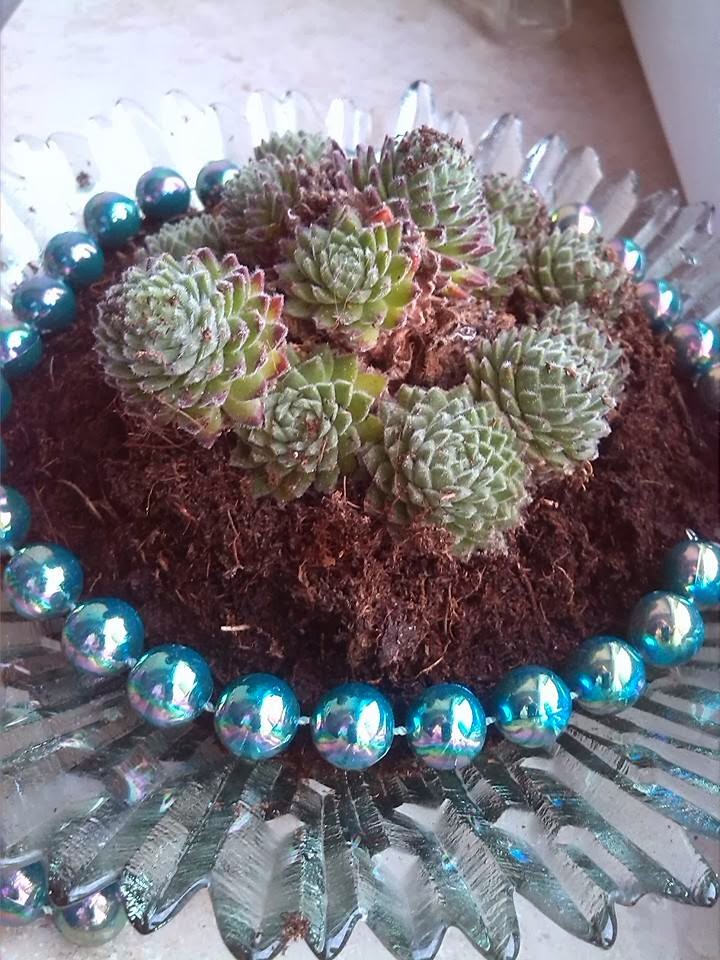 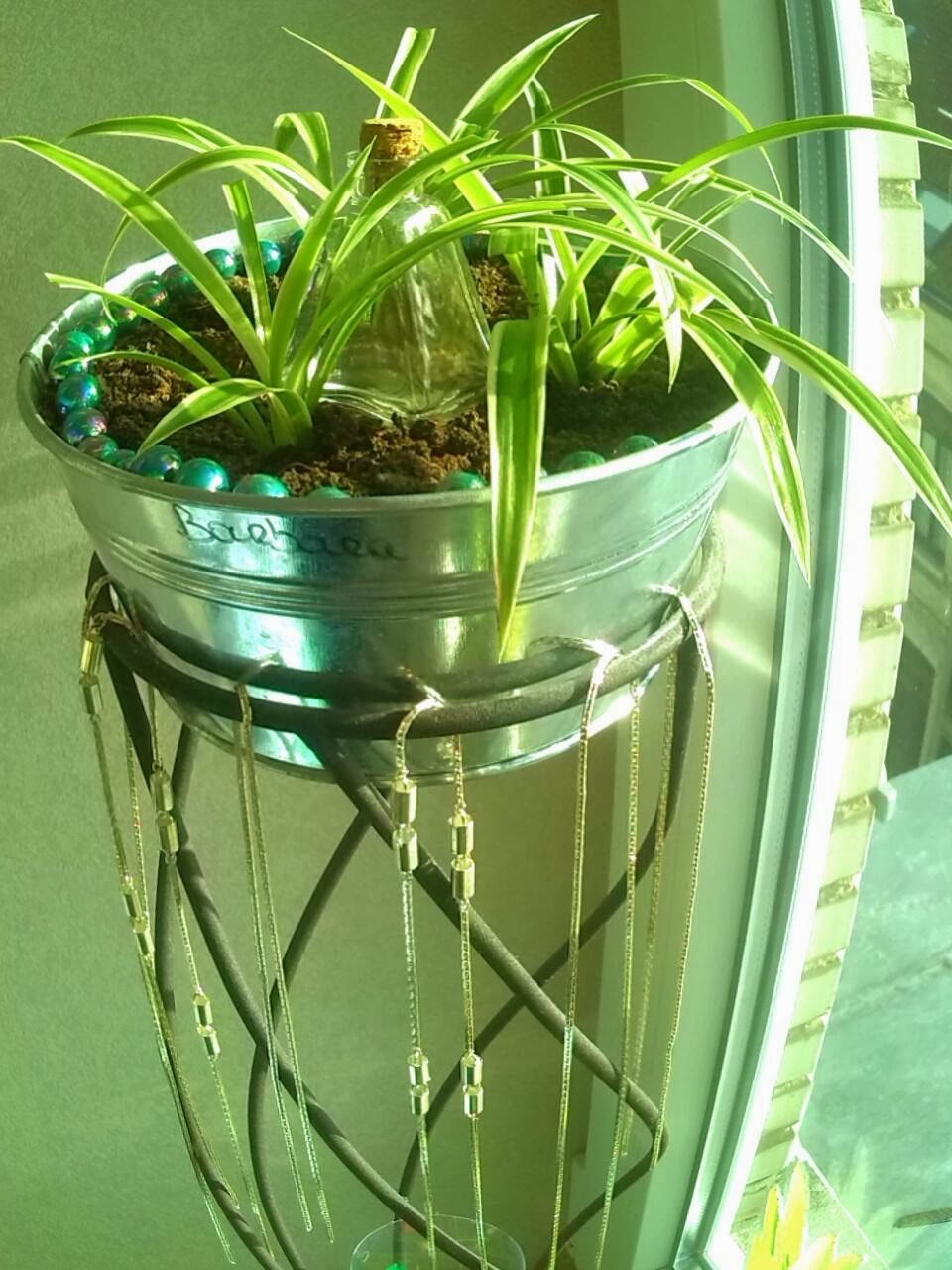 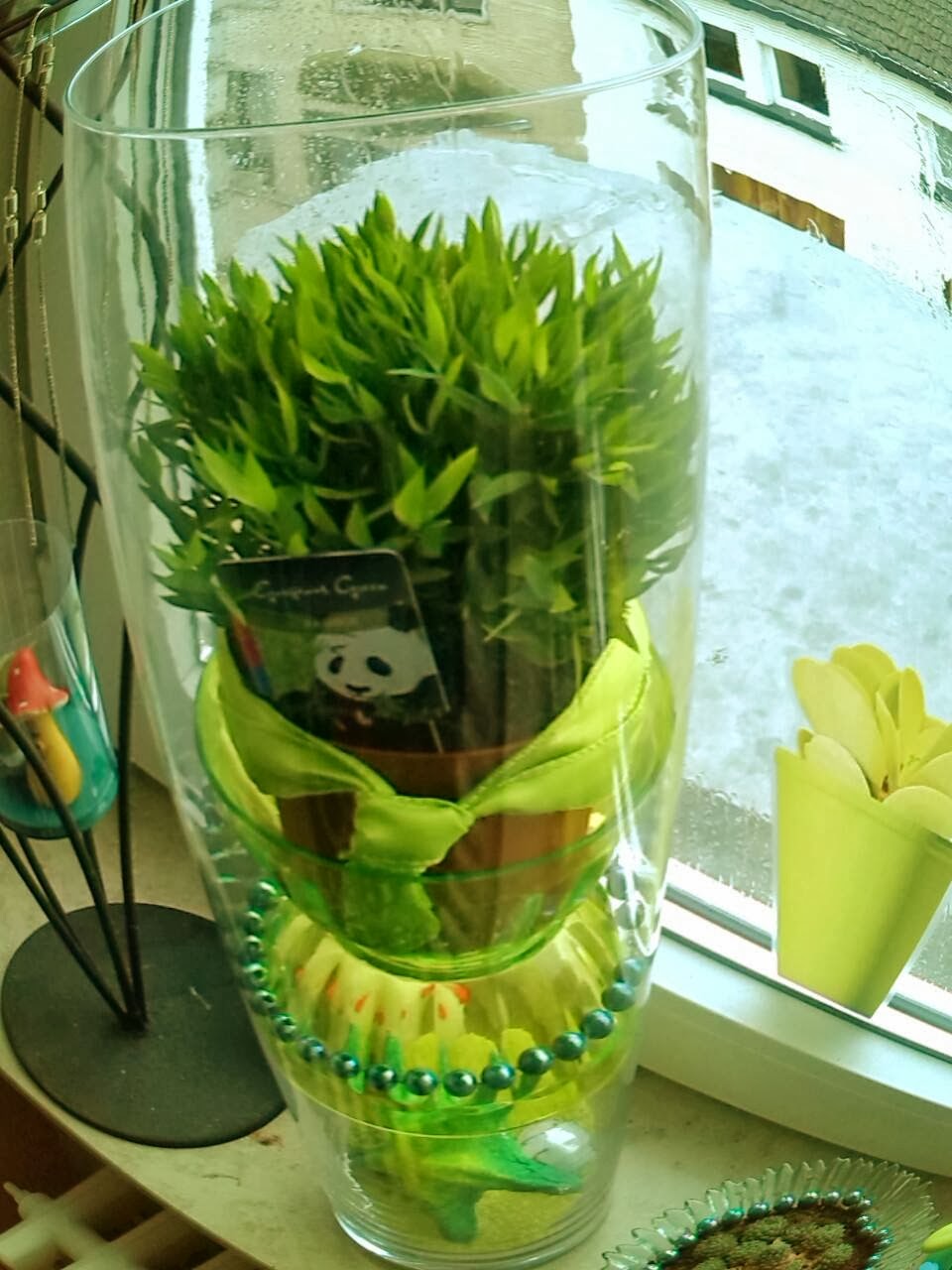 Swants on the beach

A large portion of my creative energy and time went into making Swants in January and February.
Ines describes the whole enterprise much better:

As I am a vampire *), the photographers at the event had a hard time taking pictures of me in my swants, so here they are in a "selfie": 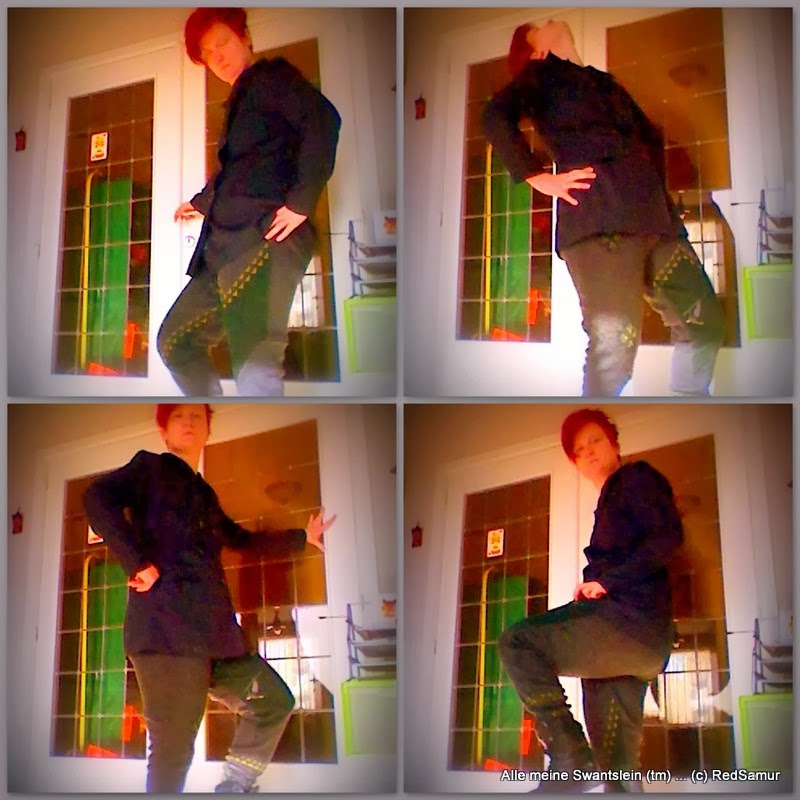 *)
Do you know why vampires live forever? Because they cannot see themelves in mirrors.

Not being a very Xmas-minded person, I have only set-up a Christmas tree twice in all those years I live in Belgium.

Last year's was only done in the afternoon of Christmas Eve and taken down that same night, because little Moku the cat couldn't be trusted with it. 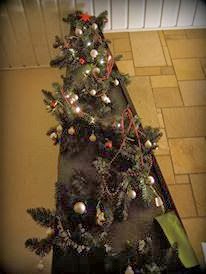 This year, I started preparing for the tree in November, finished it yesterday night and decorated it this morning. 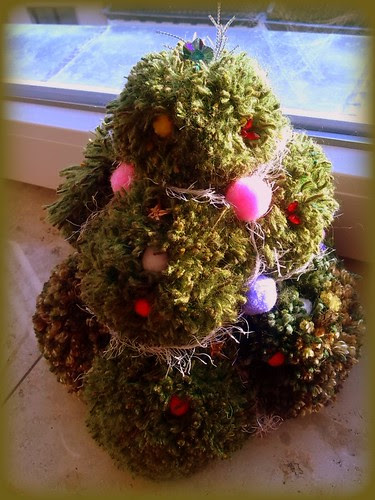 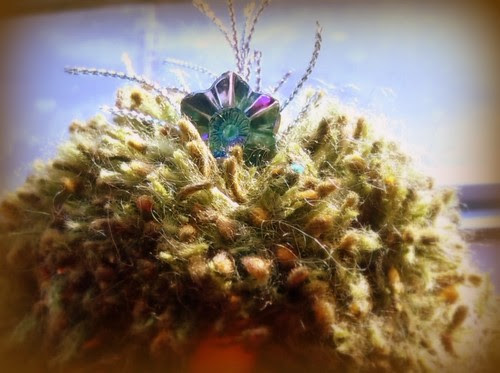 Posted by RedSamur at 6:59 pm No comments:

Since finishing Lalupe (who's now happily sharing a windowsill with her older brother Dagobert), not a lot has happened on the dry felting frontier.
Until, two weeks ago, my friend from Brussels asked me for an introduction. I showed her some techniques (round, flat and long thin shapes, face shaping, basic eyes) and invented a new one for tiny rattie paws. 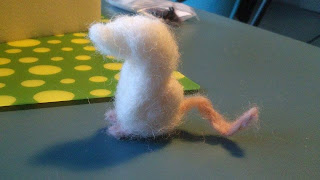 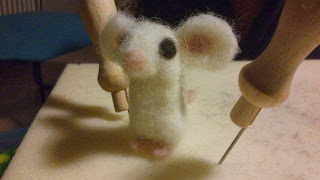 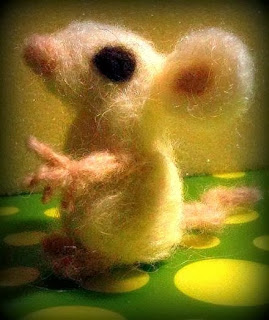 Somewhere on the intarwebs... a picture from an etsy shop got reposted.
As a knitter, my first thought was, "I can do this!". But I know myself, and at the moment, starting a project is easy, finishing is not. So I decided to knit four mittens at once, one pair for a friend, one pair for myself.

This is how it started out:

This was almost finished (I had switched to my pointiest circs for ease of cabling):

And this is the result:

So glad I was able to finish them, so happy to have them off the needles. So green.